Book Review: The Key To Success 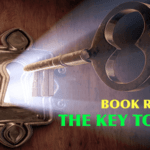 Book name: The Key to Success

This book is a very good book. It is easy to understand and talks about how to be a successful person in the eyes of Allah. These are some of the many useful advice that really touched my heart:

These are some of the most successful people in the world mentioned in this book. Some I already look up to, but some I was also introduced to through this book. They are important to the History of Islam and should be our heroes and what we strive for in our daily lives. Without resources, without the ease we have today, they were able to do for Allah as individuals what whole nations today are unable to do. They deserve our due respect and our admiration more than anyone.

Some scholars that are mentioned in this book, include:

These are some of the most successful people in the history of the world and their success only came from working in the way of Allah SWT sincerely and without expectation of rewards from anyone but Allah SWT. They spent their days in the remembrance of Allah SWT and never lost sight of their goals. So, Allah has made it so we remember them and learn from their examples.

I recommend this book to anyone who would like to learn how to be a successful person in this world and the Hereafter. We usually get the meaning of success from the Dunya through mainstream books, movies, superheroes, and TV, but that success is temporary and deceiving. The people that have this fake success will never be truly happy. The success through the Qur’an and Sunnah is everlasting and will give peace and joy, even in times of hardships. After all, the pleasure of Allah is our pleasure. Inner peace and happiness makes people do great things. That only comes through Allah and following the example of our very successful Prophet Muhammad SAW.

May Allah always guide us, let us never get tired of working in His Way, and may He give us success as He wants in this life and the Hereafter, Ameen.