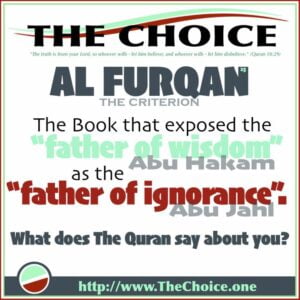 He was brother of Umar Ibn Abi Rabi’ah[1] and the uncle of Umar ibn al-Khattab and one of the arch-enemies of Muhammad and the flag-bearer of opposition towards Islam and the early Muslims. Islam views him as having malevolence and enmity to such an extent that Muhammad gave him the title of “The Pharaoh of this Ummah” Muhammad said, “He who calls Abu Jahl ‘Abu Hakam’ has made a serious mistake. He should seek forgiveness from Allah for this.” [2]